Israelis tend to have a rather "take life into your own hands" kind of attitude. SO many people still smoke, people drive like maniacs, and way too few people wear seat belts while in a car.

Wearing a seat belt IS a law here. But another popular Israeli attitude is "laws are mere suggestions, which don't apply to me". If an adult chooses not to wear a seat belt, that's their problem. But when they don't properly restrain their children... that's abuse.

Almost every morning (and afternoon), my son and I wait at the nearby roundabout for his van to school. On one side of us is a mini-market, and a bit further down on the other side is a bakery. Both are popular morning stops for folks on their way to work or taking kids to school, so I see a lot of cars pull up with kids in them.

I thought the worst, most disgusting seat belt violation I had ever seen was a few months ago, when a car pulled up at the mini market. In the back seat were three kids, none of whom were wearing a seat belt. In the front passenger seat was a girl, who looked to be no more than five or six. Not only wasn't she wearing a seat belt or in a booster, but she was sitting BACKWARDS.  She was leaning back against the dashboard!

The mom got out of the car, ran into the store to buy cigarettes, and as she came out, I actually said something to her about getting those kids properly seat belted in. She nodded, got into the car, and drove off... with the kids as they were.

Today, however, I saw something that actually wants me to call the police and beg them to set up a ticketing stop.

Car pulls up. I could see a girl in the back seat, around eleven years old. And it was obvious she wasn't wearing a seat belt. Dad gets out of the car, comes around, opens the back door, and pulls out a little boy, who literally couldn't have been more than two. He had been sitting in a booster (which he's  legally too young and small for). ALSO NOT WEARING A SEAT BELT. Dad carries little boy into the mini market, does some shopping, puts the kid back onto his booster (and yes, I could see he wasn't belted in), and starts going around the car to get into the driver's seat.

I tell the dad he needs to belt the kids in. And he just gives me a stink eye. And drives off.

And then right behind him comes a car with FIVE kids in the back seat (I could see two kids sitting on laps in the back).

Who the hell does this these days???? I mean, people treat the eggs they buy at the market with more care than they do their children in this country!

Have you ever seen someone endanger others to such a degree, all you wanted to do was call the authorities on them? 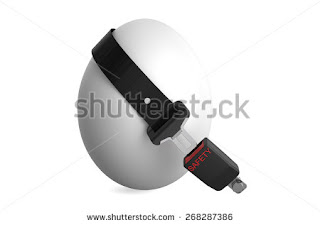