Every year, one of the local North American organizations has a Canada Day/US Independence Day picnic and fair at the beginning of July. This year, for religious reasons, it's going to be an "end of summer" fair instead.

The chocolate chip cookies and the mint brownies were sold out. No one really bought the cinnamon brownies. I was left with quite a bit of the oatmeal craisin, and the banana muffins. And the peanut butter cookies just didn't hold up. They were very crumbly.

Since I'm a list maker, I made sure to create a spreadsheet and make notes regarding the baked goods.

For this year, I'll be selling chocolate chip cookies and mint fudge brownies. I'll make a smaller batch of banana muffins, and also make blueberry muffins. I'll also be making a small batch of "brookies", which is where you drop a lump of chocolate chip cookie dough into brownies batter, and bake together. I'll be selling potato kugels and garlic monkey bread as well, and since it's going to be only a week and half until Rosh Hashana, I was thinking of also making small apple cakes. 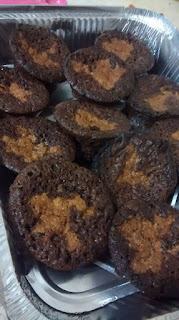 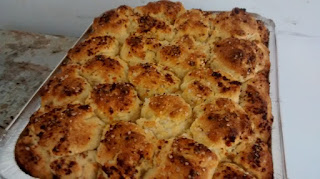 Do you have any local fairs you attend and/or sell at?