Changing Perspective, One Smile at a Time

But there's one thing she said once - and since it was a million years ago, I don't remember if this was what the lesson was about, or just something she said in passing - that really stuck with me, and I've tried really hard to carry it on throughout my life.

It doesn't cost anything to smile.

Nothing profound, nothing earth-shattering. But the words resonated with me for some reason.

Since I can't remember the context, I imagine when she talked about cost, she meant actual financial cost. No comments about braces or plastic surgery, please.

I've taken it to also mean emotional and mental. Once upon a time I would have also said physical, but for years I've suffered from "Dear God, kill me know" sinus pressure headaches, where it hurts to think, so I've removed that from my equation. And I understand being in a mental or emotional place, where smiling seems impossible, but having been there, done that, I firmly believe in faking it till you make it.

Throughout the years, I've tried very hard to instill this tenet into my children. I know I've succeeded with my daughters, as I have been told time and again from neighbors and strangers-to-me (in other words, people who know my daughters) what polite, kind, and thoughtful girls I have. My boys are significantly younger and are a work in progress, but I definitely work on it with them as well.

There's a Russian woman who lives in the house next to Nati's van stop. Often, when we wait, she's outside, mopping her porch. I started saying good morning to her as we arrive, and she'd reply in kind. After about a week, if I was too slow with my greeting, she'd say good morning to me first.

There's an elderly couple in our building, and Nati and I often see them as we head to his stop in the morning. I started saying good morning to them as we passed them. Now, as soon as the woman sees us coming out onto the street, she'll wish us a good morning.

Thanking the bus driver when he opens the door. Telling the cashier to have a good day. Saying hello to the driver when you get into the taxi. Little things to you, but they can mean so much to the person receiving.

Unfortunately, politeness is seen almost as a bad trait here in Israel. I joke and say that the national sport is yelling, but frankly, it's not far from the truth. I think the worst insult you can give an Israeli is to tell him he's a "frier", a sucker. And for some reason, politeness seems to be equated with being a frier.

So it's going to be an uphill battle, doing things one smile at a time. 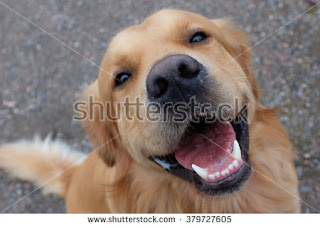 What profound bit of unintentional wisdom have you carried through from high school?
Posted by Devo Kessin at 8:26 AM